World tennis’s ruling bodies went on the counter offensive against new accusations, published overnight in Britain, that widespread corruption, including possible match fixing, was being covered up or not properly investigated. 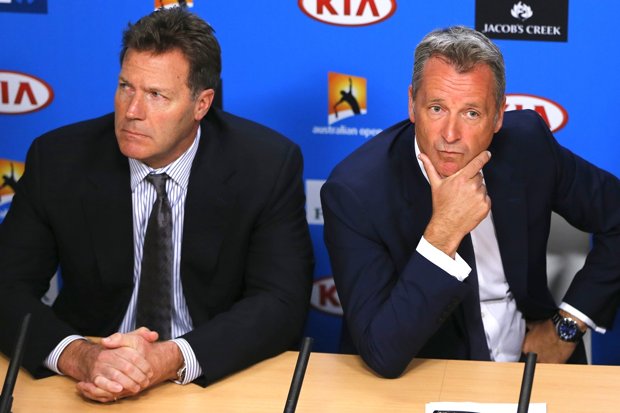 Responding to reports by BuzzFeed News and the BBC, the ATP World Tour’s executive chairman and president, Chris Kermode, fronted a delegation to deny claims that there is a complacency within the powerbrokers of the sport to problems connected to betting and players being bribed by gambling syndicates from Russia, Italy and the far East.

Kermode was joined by the ATP’s head legal counsel, Mark Young, and Nigel Willerton, the former Flying Squad officer who heads the tennis integrity unit, while the trio were flanked by Steve Simon (chief executive of the WTA), Bill Babcock (director of the Grand Slam Committee), Kris Dent (senior executive director of the International Tennis Federation for circuit and professional events) and Gordon Smith (US Tennis Association executive director and chief operating officer).

The message was clear. Tennis has invested more than $14 million to address the threat of corruption since the tennis integrity unit (TIU) was set up in 2008 after the investigation into widespread and serious betting allegations connected to the Nikolay Davydenko-Martin Vassallo Arguello match in Sopot, Poland.

In unconnected cases 17 players and one official have subsequently been convicted, with six life bans from tennis put into place.

“All of us here in tennis are absolutely committed to stamp out any form of corrupt conduct in our sport,” Kermode insisted. “There is a zero tolerance policy on this. We are constantly vigilant and not complacent.

“Tennis remains fully committed to meeting the challenge that all sports face from corrupt betting practices. We have stringent procedures and sanctions in place to deal with any suspected corruption and have shown we will act decisively when out integrity rules are broken.”

The majority of the BuzzFeed News and BBC allegations are based on cases dating back nine years although, without naming any player, they maintain that a core group of 16 players (all current or former top 50 players) are under suspicion, with more than half of them playing at the Australian Open.

Kermode said: “I think it is always a disappointment when stories like this come out just before a big event, because it does detract. But we are confident there is nothing within the sport that is being suppressed.

“While the reports mainly refer to events from about ten years ago, we will investigate any new information and we always do.”

Willerton added: “Everything that that comes into the tennis integrity unit is acted upon and is investigated.”