The man who made football professional

For a generation of television viewers Jimmy Hill was the face of football. With his prominent chin and often-parodied style, he presented the BBC’s Match of the Day for more than a quarter of a century and also spent time at ITV and Sky Sports. His enthusiasm for a game that often teetered between hooliganism and bankruptcy was infectious. 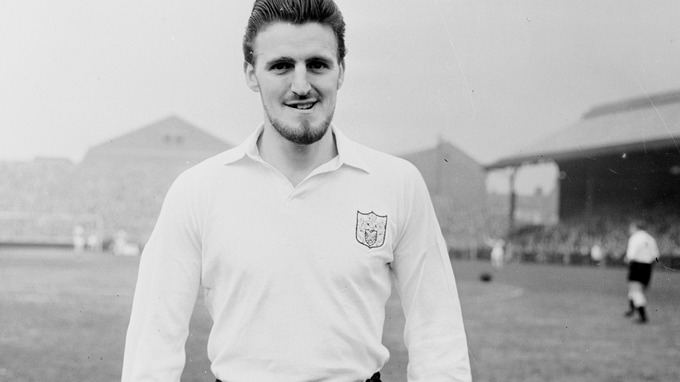 Mr Hill was, however, much more than a television presenter. It is hard to think of an individual who did more to change the game and from whom today’s football administrators should be taking their lead. Until 1961, when as chairman of the Professional Footballers’ Association he successfully led the campaign for the abolition of the £20-a-week maximum wage, working-class boys who were good at football were the playthings of football chairmen and exploited by them.

He also, as manager and later chairman of Coventry City, led a revolution in the way football clubs were run. His Sky Blues of Coventry cared about their supporters, became an integral part of the community and established a template which many other clubs adopted. He also changed the game itself. In the early 1980s English football was dying, not just because of bad behaviour and uncomfortable and dangerous stadiums, but also because teams had an incentive to play safe. A 0-0 draw was a good result until Mr Hill successfully campaigned for the adoption of three points for a win, so encouraging teams to attack.

English football has been transformed in the period since Mr Hill’s successful interventions. Sky, which shares its ultimate ownership with The Sunday Times, helped to ensure that the Premier League became a magnet for the world’s top players and managers. The days of pitched battles between rival gangs of football hooligans are over. Stadiums have improved. No longer is every game at 3pm on a Saturday. Club football has benefited more than the game at national level but this is a picture of success.

Some of Mr Hill’s reforms have gone further than he might have expected. When he campaigned for the abolition of the maximum wage, one of the first beneficiaries, Johnny Haynes, was allowed to earn £100 a week. Now some of the top players earn that in less than five minutes. The power of players and their agents is enormous, as the former Chelsea manager Jose Mourinho has discovered to his cost.

One thing has not kept up with the improvements Mr Hill helped to bring about. As our Fifa revelations have shown, world football is run by rank amateurs with no love for or knowledge of the game. In many cases they are in it for what they can corruptly get out of it. Mr Hill helped to make the game more beautiful. Fifa’s behaviour has made it ugly. It is high time that Fifa went professional too.