Party manifestos contain much more about promoting cycling than they did in 2010, but how do their pledges stack up? 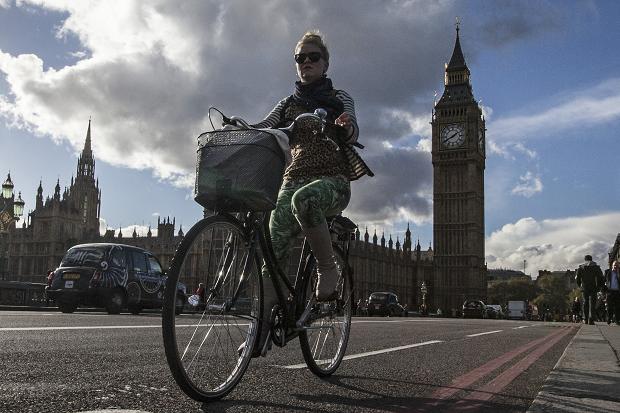 The Times’s Cities Fit for Cycling campaign has for three years been urging politicians to heed the call for greater investment in cycling as a mode of transport.

Research shows that building safe cycle routes is the most cost-effective form of transport spending – it not only boosts safety for those who ride bikes, but also encourages more people to switch from cars and public transport and onto bicycles.

The leaflet in the tab above, the electronic version of a Times briefing leaflet sent to all MPs, outlines the evidence and benefits behind these claims.

The level of funding for cycling needed to achieve these improvements would be around 3-4 per cent of the annual transport budget – just £10 per capita each year or around £400 million out of the £14 billion transport budget for England outside of London. Matched by devolved authorities around the UK, this would come to £600 million across the country.

These calls have not only been backed by cycling bodies like British Cycling and leading cyclists like Sir Chris Hoy, Chris Boardman and Laura Trott, but also by motoring groups like the AA, by motoring presenter James May, by a host of business leaders and by health experts. Furthermore, the parties now have a legal obligation to make a long-term strategy for boosting cycling along with a dedicated budget, thanks to a clause in the new Infrastructure Act.

We have now looked at how the parties have addressed this obligation in their manifestos.

Manifesto pledges: “We will make motoring greener and promote cycling, to protect your environment.”

It adds: “We want to double the number of journeys made by bicycle and will invest over £200 million to make cycling safer, so we reduce the number of cyclists and other road users killed and injured on our roads each year.”

Compared to 2010: Only pledge was for “giving the concerns of cyclists much greater priority” with no other details.

Assessment: There is still no pledge of an annual fund for cycling provision. When the recommended minimum level of spending is £400 million per year, a pledge for £200 million over a five-year parliament is just one tenth of this. It is also only around a third of the £588 million spent by the coalition over the past five years. In the Autumn Statement, £114 million was pledged to cycling provision in eight cities over the next three years, with a further £100 million to be spent on major highways over the next six years. It will lead to fears that the manifesto figure of “over £200 million” may refer to money already earmarked in the last parliament rather than fresh funding in the next.

Manifesto pledges: “We will support long-term investment in strategic roads, address the neglect of local roads, and promote cycling.”

It adds that £30 billion of funding will be devolved to local authorities and explains: “This will include control over local transport systems so that in future, bodies can integrate trains, buses, trams and cycling into a single network.”

Compared to 2010: Pledged a “trebling of the number of secure cycle-storage spaces at rail stations”.

Assessment: The promise of Labour’s draft “cycling manifesto” from 2013, which included pledges for “long-term funding of the infrastructure needed for dedicated separate safe cycling routes” has come to almost nothing in their full election literature. Party aides have separately told The Times that Labour will deliver a “long-term investment strategy” on cycling with “targets and clarity over funding” and that they will create a cross-government advisory board to “put cycling at the centre of policy making”. But there is no hint of this in their manifesto. Campaigners will also be concerned that it seems the buck will again be passed to local authorities, unless a Labour government will commit to annual funding and high quality design standards to encourage local improvements to cycle networks.

Manifesto pledges: A National Air Quality Plan will include: “New incentives for local schemes that cut transport-related pollution and encourage cycling and walking.”

The Lib Dems will: “Support options for an intercity cycleway along the HS2 route, within the overall budget for the project”.

The party will also: “Implement the recommendations of the Get Britain Cycling report, including steps to deliver a £10 a head annual public expenditure on cycling within existing budgets. This will allow greater investment in cycling including bike lanes, high-volume secure bike parking, and road safety measures to keep cyclists safe.”

Compared to 2010: Pledged to: “Include the promotion of safer cycling and pedestrian routes in all local transport plans”.

Assessment: The Get Britain Cycling report heard from a host of health, transport, motoring, cycling and planning experts (as well as Times journalists) and was conducted by a cross-party panel of MPs and peers. It made 18 recommendations, including to spend £10 per capita on cycling each year – a figure endorsed by the Commons transport select committee and backed by leading business and motoring figures. A pledge to adopt these recommendations in full, along with the recommended annual budget, represents the most positive commitment to cycling out of the three main parties. Critics will question whether the Lib Dems will have the clout in any post-election coalition or set-up to deliver on such a promise.

Manifesto pledges: A pledge to: “Reduce the distances travelled, reduce the number of journeys by car and switch as many journeys as possible to walking, cycling and public transport”.

The Greens will create a hierarchy of transport priorities, with cycling in second place behind “walking and disabled access” followed, in order, by public transport, light goods vehicles and taxis, private vehicles, heavy goods vehicles, and aircraft.

They also pledge to save £15 billion over five years on the “national major roads programme”. Part of these savings will be spent on “investing in walking and cycling”.

The Green manifesto also pledges to: “Support walking and cycling. In particular, we would ensure that pedestrians and cyclists get their fair share of road space and would spend £30 per head on them over every year of the parliament. Funding should be allocated flexibly to make safe, convenient routes that address the needs of pedestrians and cyclists while reducing any risk of conflict between them.”

Compared to 2010: Placed “walking and cycling” jointly at top of transport priorities. To promote them, the manifesto pledged to reduce speed limits to 20mph in built-up areas, connect housing and shops and business via cycleways, and shift 10 per cent off transport spending to active travel. It also pledged more money to “carry out cycle training in schools”.

Assessment: A bold pledge to prioritise cycling over motor traffic and give it a “fair share of road space” would make a big difference to cycling policy, as would spending of £30 per head – around £1.3 billion per year for England outside of London – on cycling and walking. The wholesale scrapping of the major road upgrade programme would be controversial, however, as many upgrades are deemed essential on pothole-ridden highways. It is unlikely the Greens would have enough influence over a larger party to deliver its plans, though an increase in Green MPs could see them implement improvements at a local level.

Assessment: Given what some individual Ukip candidates have said about cycling, those who commute to work by bike may be glad that the party manifesto contains no mention of cyclists (or pedestrians or active travel), with one party leaflet in Newcastle claiming that cycling amounts to “discrimination against the elderly and infirm”. Ukip transport policy in 2010 did support “pedal cycles as a healthy means of personal transport” and included calls for a crackdown on cycle theft, but also included calls for there to be charges for cycle parking and for cyclists to be forced to dismount their bikes altogether at busy junctions.

Chris Boardman, the former Olympic champion and British Cycling’s policy adviser, said: “The Liberal Democrats and the Green Party are the only parties to commit to giving cycling the investment it deserves as a legitimate transport option. The commitments made in their manifestos today are bold and reflect the ambitions of our #ChooseCycling network of big businesses – including Santander, GlaxoSmithKline and National Grid.

“It is frustrating that cycling is still seen as marginal issue by the biggest two parties in the country – despite around eight million people in Britain using bikes to get around. Cycling is a logical solution for Britain – it can reinvigorate towns and cities, improve the nation’s health as well as cut congestion and pollution. We only have to look at countries like Denmark, the Netherlands and Germany to see what an impact it can have. The short-sightedness of politicians in recognising this is staggering and British Cycling will continue to push for change at the highest level.”