Roger Federer has demanded that the people behind allegations that match-fixing is rife in tennis name names. 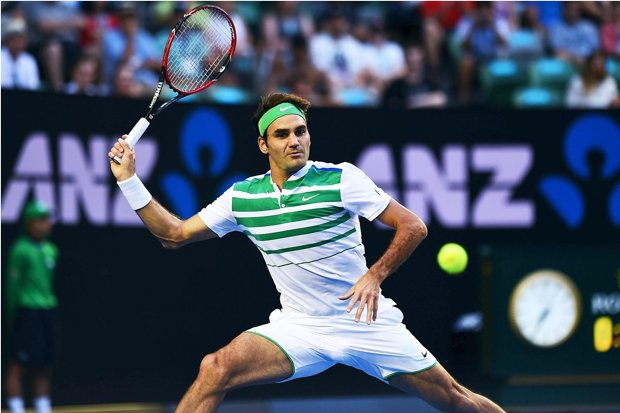 The 17-times grand-slam champion made the call with the tennis world recovering after a report from the BBC and BuzzFeed that match-fixing is widespread at the highest level.

According the report, a core group of 16 players, all of whom have been in the world’s top 50 and at least eight of whom are competing at the Australian Open, have been involved in fixing matches at Wimbledon, other grandslam events and dozens of tournaments around the world.

It is alleged that they were part of a network run by gambling syndicates in Russia and Italy.

But Federer and Novak Djokovic, the world No 1, dismissed suggestions that one unnamed player, claimed to be in the world’s top 50 and competing at the Australian Open, which started yesterday, is under suspicion.

Commenting on the claim, Federer said it was pure speculation. “Like who?” he asked. “It’s like thrown around and it’s so easy to do that. I would love to hear names.

“Was it the player? Was it the support team? Who was it? Was it a doubles player, a singles player? Which grand slam?

“It’s so all over the place. So how high up does it go? The higher it goes, the more surprised I would be.”

Djokovic admitted that he was indirectly approached nine years ago to throw a match for $200,000 (now about £140,000), while Federer said that there will always be corrupt approaches made to competitors in any sport.

Speaking about the new allegations, he said: “I don’t know how much new there is out there. I heard old names and that story was checked out, but clearly you’ve got to take it super serious. But betting happens all across the world in all the sports.

“The players just need to know, we need to make sure the integrity of the game is always maintained. The moment that gets taken away, there’s no point any more for players or fans to be in the stadium.”

Marin Cilic, the 2014 US Open champion, was appalled that his name might come under suspicion because he is a former grand-slam winner. “I never have had a situation like that,” the 27-year-old Croat said. “Even if I did, I would come forward to the ATP, the Tennis Integrity Unit as well.

“I’m very far away from betting even though it is popular in Croatia. I don’t do betting.”

Thanks for visiting. Before we carry on I needed to thank for their continued support and the support of their local community. Having a help and support team like this means a lot to us as we continue to grow our very own blog.

Djokovic admitted that in 2007, when the approach was made through a member of his support team at the St Petersburg Open in Russia, an event he ultimately did not play in, there were people there known to have connections with gambling and betting syndicates. “They were dealt with and in the last six or seven years, I haven’t heard anything similar,” the Serb said.

Djokovic insisted it made him feel “terrible” because he has never wanted to be linked with corruption. “Somebody might call it an opportunity,” he said. “For me, that’s an act of bad sportsmanship; a crime. There is no room for it in any sport, especially in tennis.

“I always have been taught and have been surrounded with people that had nurtured and respected the sport’s values. That’s the way I’ve grown up and one of the reasons why tennis is a popular and clean sport is because it has always valued its integrity.

“Protecting that integrity was one of the highest priorities of every leadership that was part of the association.”

Djokovic added that he had seen no recent evidence of corruption at the highest level of the tennis. “From my knowledge and information, there is nothing happening about match-fixing or anything similar at the top level,” he said. “However at Challenger level and those lower tournaments, then maybe or maybe not.”

Chris Kermode, the ATP World Tour’s executive chairman and president, will ask for the list of names from the BBC and BuzzFeed and says that he will take any new information seriously. “We will investigate any new information, and we always do,” Kermode said. “The Tennis Integrity Unit has to find evidence as opposed to information, suspicion, or hearsay. This is the key, that it requires evidence.”

The belief shared by the sport’s governing bodies, the ATP World Tour, the WTA, the International Tennis Federation and the Grand Slam Committee, is that the majority of the information used by BuzzFeed and the BBC is nine years old. One source said: “There is nothing in the report that we didn’t already know about.”

The latest figures from the European Sports Security Association, a betting watchdog, show that in the first nine months of last year 49 alerts were raised about suspicious betting patterns in tennis compared with 16 for all other sports combined.

Since being set up in September 2008, the Tennis Integrity Unit (TIU) has prosecuted 13 low-ranked male players and one official, largely from the second-tier Challenger and third-tier Futures circuits. Five were banned from the sport for life, the highest- profile one being Daniel Köllerer, the 32-year-old Austrian who reached a career-high ranking of world No 55. He is understood to have provided information to BuzzFeed news and the BBC.

Nigel Willerton, a former Metropolitan police officer with the Flying Squad who is the head of the TIU, insisted that his body adopts a zero- tolerance approach. “All credible information received by the TIU is analysed, assessed and investigated by highly experienced former law- enforcement investigators,” he said.

However Ben Gunn, who helped to form the TIU and liaised with BuzzFeed and the BBC, believes that tennis has missed the perfect opportunity. “What they did is a plastic solution which was not effective then and it’s not effective now,” he said.