Seeing bicycles stranded on tower block balconies or chained to lampposts could become a thing of the past under plans from Sadiq Khan to block planning permission for new homes and offices in London unless cycle parking is built in. 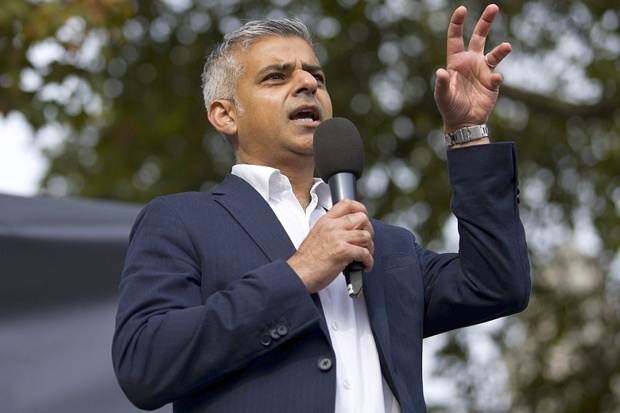 Mr Khan and Zac Goldsmith, the Labour and Conservative candidates for London mayor, have launched a battle to woo the two-wheeled vote next May, allaying fears that improvements to cycling provision in London will cease after Boris Johnson, a keen cyclist, leaves office.

It is a boost for The Times’s Cities Fit for Cycling campaign, which has put pressure on local and central government to improve cycle safety and encourage more people to commute by bicycle, improving public health and reducing congestion. London’s Evening Standard said the Times campaign was instrumental in Mr Johnson’s creation of a budget worth £913 million over ten years for cycling.

Mr Khan, who describes himself as an occasional cyclist, said he will “use planning laws to require more cycle storage provision in new office and residential developments”. A spokesman said he would “use the mayor’s strategic planning powers -the London Plan – to make clear that cycle parking should feature in all granted applications”.

The London Cycling Campaign said London needs 100,000 more bike parking spaces. A lack of secure parking contributes to the theft of 26,000 bikes in London and 110,000 nationwide each year.

Mr Khan also pledged to accelerate and expand plans to upgrade London’s deadliest junctions, commenting that “only a handful” have been improved so far.

He said: “I will work to make cycling safer for those who have already taken to their bike and make it an easier decision for those yet to do so.”

Mr Goldsmith has said he would also extend “mini-Holland” schemes and 20mph zones and said he would restrict lorries in rush-hour.

He said: “I know from packed public meetings and surveys in my constituency as a London MP that safety is the number one barrier for cyclists. So I will do everything necessary to make cycling a safer and easier choice. That means improving technology for HGVs, which cause a disproportionate number of deaths; overhauling the most dangerous junctions; and providing safe cycleways wherever possible and practical.”

Andrew Gilligan, City Hall’s cycling commissioner, this week opened the first section of a north-south cycle superhighway in Southwark and said he and Mr Johnson will prepare a legacy document for the next mayor, setting out where the cycle superhighway network should expand. He said the network had already seen an uptake in cycling among women, older people and ethnic minorities.

Mr Khan and Mr Goldsmith’s pledges were welcomed by British Cycling, but both candidates will have to reckon with the Licensed Taxi Drivers Association, which this summer launched a legal challenge to the cycle superhighways, complaining that work had “gridlocked” the city.