Is UK Athletics in denial over its ties with Salazar?

THREE days ago a strange opening paragraph led a BBC story about UK Athletics, Mo Farah and the controversial Alberto Salazar, who coaches Farah and is consultant to Britain’s endurance runners. It read: “A UK Athletics review into doping claims against Mo Farah’s coach Alberto Salazar has found no evidence of wrongdoing by Britain’s double Olympic champion.” 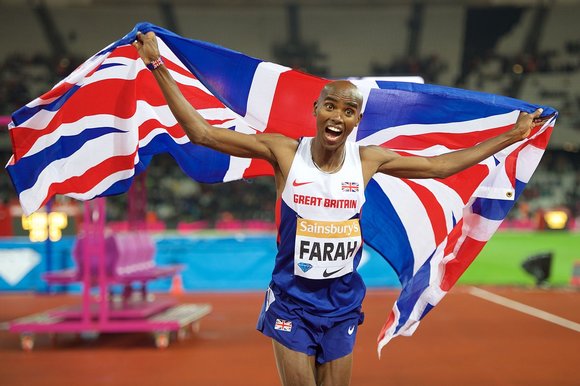 The report was based on a short statement issued by UK Athletics on the initial findings of a performance oversight group into Salazar and the methods he employs at his Nike Oregon Project stable of athletes. A report by the BBC’s Mark Daly and ProPublica’s David Epstein had got testimonies from athletes and coaching staff once part of Salazar’s training group that raised concerns about the coach’s ethics.

Neither Daly nor Epstein uncovered evidence of wrongdoing by Farah. At the time of the report, UK Athletics reiterated its belief in Farah as a clean athlete, which is understandable — nothing has been alleged against him.

The oversight group comprised three former athletes, Jason Gardener, Dr Sarah Rowell and Anne Wafula Strike, and the obvious question was whether Farah and UK Athletics should be involved with Salazar. But that’s not what UK Athletics asked. Rather it wanted the review group to establish whether the governing body was justified in its confidence that Farah wasn’t doing anything wrong — and whether the same confidence was justified regarding the relationship between Salazar and UK Athletics.

There is no evidence that Farah has done anything wrong while working with Salazar, nor that any British athlete has been involved in anything illegal through the UK’s involvement with the coach. In effect, UK Athletics asked the group to address two questions to which it already knew the answers.

On Thursday, UK Athletics released the initial finding that its investigation of Salazar found no evidence of wrongdoing by Farah. But there has been never been any evidence against Farah. There is method in the parent body’s approach. Through the plumes of smoke and the blinding mirrors, the public is being gently led to the conclusion that there is no case to answer. Nothing could be further from the reality.

The allegations against Salazar are serious and, though disputed, have not been disproven. He is alleged to have sent pills in a “hollowed-out book”, something he has not addressed. Kara Goucher, the distance athlete, claims that he encouraged her to take the prescription drug cytomel to help her lose weight after a pregnancy, an accusation he denies.

Many thanks for visiting. Before we carry on I needed to thank http://yourdebtfreedom.co.uk for their continued assistance and the support of their local community. Having a service team like this means a lot to us as we continue to grow our very own blog.

Steve Magness, at one time second in charge at the Oregon Project, photographed a lab report that said Galen Rupp, 10,000m silver medallist at London 2012, was “currently on [prescription drug] prednisone and testosterone.” Salazar claims this was the result of a mistake by a lab doctor who should have written “prednisone and Testoboost [a legal supplement].”

A couple of days after the allegations against Salazar became public the chairman of UK Athletics, Ed Warner, said if he was a friend of Farah’s he would advise him to suspend his relationship with Salazar, pending the results of investigations by the United States Anti-Doping Agency [Usada] and UK Anti-Doping [Ukad]. Warner said this while his own organisation was prepared to continue its consultancy relationship with Salazar.

Surely one question should have overridden every other. Is Salazar the coach that UK Athletics and Farah should be working with? But instead it asked Gardener, Rowell and Wafula Strike to concentrate on Salazar’s relationship with Farah and other British athletes. And now they trumpet the initial findings. No improprieties uncovered between Farah and Salazar or between the coach and other British athletes. Nothing to see here, move along. This smacks of a whitewash.

UK Athletics says it will share its investigations with Ukad and then make a public announcement after the world championships. This is passing the buck. To prosecute a case against Salazar, Usada needs an extraordinary body of evidence because non-analytical cases [where there are no positive tests] are notoriously difficult to win.

UK Athletics is not an anti-doping agency but a body that exists to promote clean sport. It is telling its athletes to have nothing to do with coaches that lack proper ethics. Nineteen people have given evidence against Salazar. Are they all lying? Or is UK Athletics in denial about its relationship with this coach?