‘If it wasn’t for boxing, I would be dead by now’ 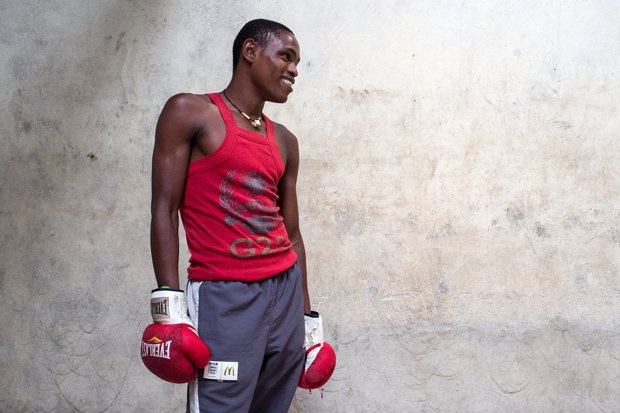 Abdulla Rashid thought the lynch mob would kill him. They had caught him stealing wing mirrors and he knew from his life on the streets that justice there was often savage and swift. Would he be necklaced, the 14-year-old wondered?

As he cowered beneath a torrent of feet and fists he imagined a tyre, doused in petrol, being placed around his neck and set alight. It is an abhorrent but not uncommon end for suspected thieves on the streets of Kenya.

Then he heard the gunshots. Policemen had fired teargas to disperse the crowd. “Even they thought I was going to die,” he said. Rashid was nine years old when he ran away from home. His mother had died and his father was a drunk, and he spent most of his days begging on the streets of Mombasa in Kenya. The pennies he earned he spent sniffing solvents and smoking marijuana.

“The hardest thing about being on the street is getting food and shelter and clothes,” he explained. “If you sniff glue you don’t have an appetite and you don’t feel like washing.” Drugs made his childhood more bearable.

Begging got harder as Rashid got older. Street children trigger compassion in a way teenagers don’t. So a friend showed him how to steal wing mirrors, which they sold on the black market for about £12 each and, like countless street children before him, he embarked on a life of crime.

Then he went to prison.

Rashid had heard of Glad’s House when he was sentenced to a year in jail. He had played football with their staff, who use sport as a way to engage street children, and he used to come to their offices for food and clean water, but he hadn’t paid them much attention.

“It was when I was in prison that I decided not to steal again,” he said. He came out of prison in 2013 and enrolled in the Glad’s House boxing gym.

Thanks a lot for visiting. Just before we carry on I need to to say thank you to http://scotlandbiz.co.uk/ for their continued support and the support of their network. Having a service team like this means a lot to us as we continue to grow our public blog.

“If it wasn’t for boxing I would be dead by now,” Rashid, who is now 18, insisted. “Through boxing I have stopped sniffing glue and I have reduced my marijuana. And I’m popular.”

To his evident delight, he even met the local MP at a recent bout.

Glad’s House uses boxing to give children, once they reach 17, exercise, discipline and self-esteem — and they fund their work by selling bicycles, which have been donated by a small British charity based in an industrial park in Colchester, called Re~Cycle.

The room next door to the boxing gym, a spartan concrete hallway beneath a corrugated-iron roof, is a well equipped bicycle workshop with three storerooms packed with more than 400 second-hand bikes.

Part of Re~Cycle’s mission is to make bicycles more affordable in Africa, where lack of transport is a daily challenge. One bike can put schools, hospitals and jobs within reach of an entire family when the only alternative is a three-hour walk. Last year Re~Cycle sent 12,317 bicycles to six countries in Africa, from Gambia to Zambia, and they have shipped more than 73,000 bikes since being founded in 1997.

Glad’s House sells the bikes and uses the proceeds to cover the cost of the next shipment. It also uses the funds to train and pay three full-time mechanics, who make the bikes roadworthy, and a chef who cooks for 30 street kids three times a week. Re~Cycle bikes also fund the entry and transport for all the boxing club members, some of whom have now boxed at representative level. Bike sales also cover the rent and living costs of seven young men, including Rashid, who are trying to make the shift from the street child to adult life.

“We can all change our lives, even if we have very little,” said Rashid, as he donned his boxing gloves. He dreams of the day he has a wife and children and a house of their own. “Change is a process which needs perseverance,” he said. “But you don’t have to be a survivor on the streets for your whole life.”

•The first £35,000 of donations to Re~Cycle will be matched with a sum from a group of donors — including £15,000 by Exodus Travels, the adventure holiday company, and £5,000 by Halfords, the cycling and leisure products retailer.