Widespread doping in Russia was known about by world athletics’ governing body as long ago as 2009, with some athletes giving blood readings so high that it was feared they could die. 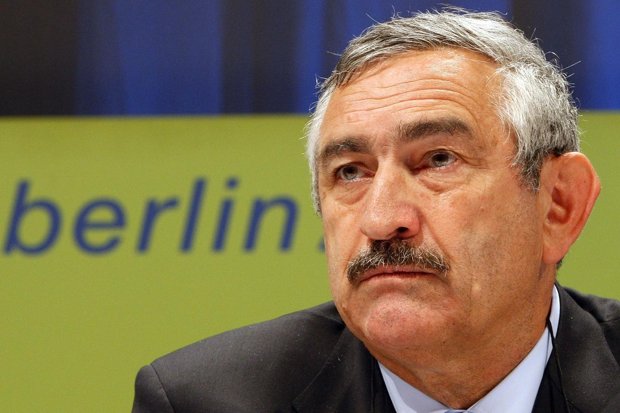 Officials at the IAAF considered a plan to hide the full extent of cheating in Russia by athletes using blood-boosting drugs and blood transfusions, according to a series of documents leaked to the Associated Press.

One internal briefing paper prepared for Lamine Diack, the former IAAF president, in 2012, estimated that 42 per cent of Russian elite tested athletes were doping. The figures for athletes from Turkey, Morocco and Ukraine are described as “particularly worrying”.

Russia was thrown out of world athletics last year after a report commissioned by the World Anti-Doping Agency (Wada) uncovered systemic doping and cover-ups in the country. The second part of the Wada report, which is expected to implicate officials from the time at the IAAF, is due to be published tomorrow in Munich.

But the documents revealed yesterday, which the IAAF has confirmed are genuine, make it clear that by the 2009 world championships in Berlin, large numbers of Russians were blood doping. This was the year that the athlete biological passport (APB) was launched, although those readings would not have been enough to prove an offence. The first sanction based on an APB did not come until 2012.

The level of cheating was revealed in a letter in October 2009 from Pierre Weiss, then the IAAF general secretary, to Valentin Balakhnichev, the president of Russian athletics, who was banned for life from the sport last week. In the letter, he revealed that if the IAAF had a “no start” rule, preventing suspected dopers from competing, seven Russians, including two gold medal-winners, would have been prevented from taking part.

“This matter of the Russian athletes’ blood levels is now so serious . . . that immediate and drastic action is needed,” Weiss wrote. “Not only are these athletes cheating their fellow competitors but at these levels are putting their health and even their own lives in very serious danger.”

Before the 2009 world championships, Weiss also alerted Balakhnichev that athletes were evading tests by saying they were serving in the Russian military and couldn’t tell testers where they were. “These difficulties … effectively prevent the IAAF from conducting sufficient testing on Russian elite athletes compared to other major nations,” Weiss wrote.

IAAF papers before the London Olympics in 2012 also proposed hiding doping sanctions for less well-known Russian athletes, although such plans were dismissed. A report in April 2012 said: “It is impossible to ‘discreetly’ remove from competition for two years athletes who are multiple world and/or Olympic champions. Their absence from major competitions will inevitably prompt questions and investigations from experts and the media.”