How one township gave hope to South Africa’s black talent 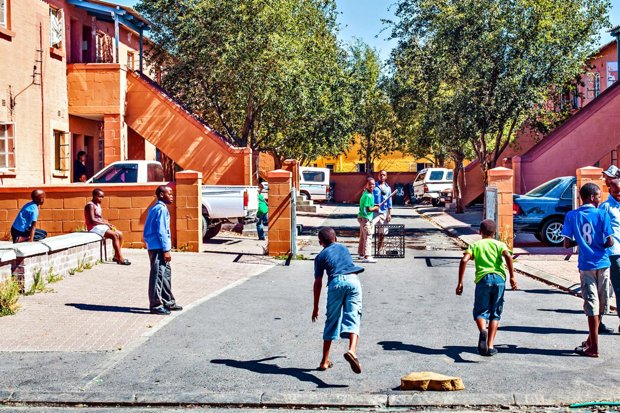 Ezra Cagwe did not shout “that’s my boy!” as he might have done. Instead, he continued quietly cleaning glasses and serving drinks during another hot day in the New-lands press box. No doubt his thoughts had turned to Langa, though, the township just outside Cape Town, where he has lived all his life, and where the residents were gathered in homes and shebeens, watching one of their own, Temba Bavuma, score an emotional maiden hundred against England.

Although educated eventually in an elite school in Johannesburg, Bavuma grew up in Langa and learnt his cricket at the Langa club under Ezra. Two days after the end of the match, Ezra was more than happy to put away the waiter’s apron and put on his tracksuit again. He is, after all, a man of cricket not a waiter, and when he is not serving drinks part-time he is employed by Western Province as their cricket development co-ordinator to find more Bavumas in disadvantaged areas.

The township is a short drive from the posh suburb where the Newlands ground is situated, but a lifetime away. The gated mansions give way to low-rise shacks and small brick houses. Langa is only a square mile or so in size, filled with more than 50,000 black Xhosa-speaking residents. The main street runs through town towards the police station. There is one sports complex, including grounds for cricket, rugby union, and football, plus an artificial hockey pitch, to serve the community.

But that is not where Bavuma’s cricketing journey started. Instead, you need to walk out of the cricket club, turn left and then right, and then walk for about 100 metres until you come to a small crossroads. A pink-walled house, which belonged to Ben Malamba, a notable player from the apartheid era, stands on the corner. It was here, at the crossroads, where Bavuma began to play street cricket, as so many have done, with a tennis ball, wrapped in tape.

The crossroads may be significant in themselves, given the local rules of the game. Once the ball went over into a neighbour’s yard you were out, so the imperative was to hit, not 360 degrees, but 90, 180, and 270 degrees: in other words, you could pull, cut and straight drive, hitting the ball down the roads — not a bad combination for any young batsman to learn. It was a combination that stood Bavuma in good stead against England on Tuesday.

Malamba’s house suggests that Bavuma was born into an area where cricket was important, so providing just one of the preconditions for success: an introduction to the game. Malamba was born in the Cape, but many of the cricketers in Langa came from the Eastern Cape, where cricket had long been played among the black community, as migrant workers. Langa Cricket Club was established in 1976. Bavuma’s uncle, Tango, was one of its best players.

These were turbulent times in Langa, a township that provided fierce opposition to the apartheid regime. Ezra, living in a house with no electricity or running water and sharing a tap with five other houses, remembers the riots of 1976, sparked when the authorities tried to force Afrikaans on the Xhosa-speaking residents. It was a no-go area for whites — except one, John Passmore, who built the pavilion at Langa CC, and was known as the godfather of cricket here. He had a free pass to roam throughout the township.

Ezra remembers that Bavuma would often make his way from his grandparents’ house, a short walk from the crossroads, to the cricket club, the one place in the township that provides the other essential ingredient for success: space. When we arrive, a fierce wind is blowing and a young boy is racing a dog around a grass running track — space and sunshine can make up for a lot of deprivation. Bavuma was playing mini-cricket by the time he was four years old, playing hard-ball junior cricket at seven, and for the under-10s at eight. “He always stood out,” says Ezra.

Inside the small brick pavilion at the centre of the complex is another clue. As a young man, Bavuma would have been in contact with good sportsmen at Langa, and known of other success stories. Success was not an impossible dream. Hanging on the wall of the pavilion are those stories, the shirts gifted back to the club by those who have done well: Thabo Mngomeni, a footballer for Orlando Pirates and Bafana Bafana who played in the 2002 World Cup, for example, and Thami Tsolekile, a double hockey and cricket international, who lived on the same street as Bavuma. Now, Bavuma’s shirt hangs there too.

Tsolekile is known as “Mara” in the township — short for Maradona — because of his height, the No 10 shirt that he wears in hockey, and his prodigious talent in both sports. His cousin, Lungile, also a hockey international, is at the nets when we walk over, along with 30 or 40 other cricketers — boys, girls, men, women. It is Thursday evening, practice night.

The club run junior sides from 11 to 19 years of age, three men’s teams at the weekend and one women’s team. The surroundings might be different but there are universal themes. Money is tight — the club can apply to Western Province to dip into the 300,000 rand (about £13,000) that they are due in the year — numbers rise and fall year to year, as do playing fortunes.

Langa used to be in the premier division and were given a three-year grace period, regardless of their finishing position, but when that grace expired, they dropped down and are in the third division. Drop-out rates for teenage players are a problem.

Small clubs everywhere would appreciate their conundrum. They produce good players, the best of whom are then cherry-picked, by elite schools and bigger and better clubs. “You’d know them,” says one of the members, chuckling, “they speak goooooood English, we only speak English.” It’s the same with private schools in England, who cherry-pick bright young players, put them on scholarships and then market them as products of their schooling, whereas, in reality, parents and clubs have had more of an impact.

But Langa is an important hub for Cricket South Africa (CSA), given its history of producing good players. It is one of 12 hubs locally, and is a designated Regional Performance Centre, which means facilities have been funded by a combination of local government, CSA and private institutions. CSA chose to relaunch its revamped national excellence programme here a year ago.

Also at the nets is John McInroy, another hockey player, and the only white person present. “I’m their quota selection,” he jokes. Hockey is thriving at the club, thanks to the fine artificial pitch that has been laid, and the tradition of success. Needing just a stick and a ball helps, too, another reason why cricket has often struggled to gain a foothold in some communities. It is complex and expensive — the communal kit bag at nets looks well worn.

McInroy talks movingly of his time at Langa. He tells of the first match the hockey team played in the premier division, against unbeaten champions Stellenbosch University. They thought it was going to be a damage limitation exercise and ended up winning a remarkable game 4-2.

“There is something about this place,” he says. “I can’t tell you how many happy memories I have here. There is a special spirit among the players and among the community. Langa men tend to stick together; they are hard and truthful. It really is one of the most important places in South Africa, showing what sport can achieve. Bavuma’s story is so important, everyone here can relate to him. Langa keeps producing outstanding South Africans upon whose resilience and courage we can build a nation. It’s way beyond just cricket.”

They are proud of Bavuma, of course. People gathered and watched his innings wherever they could, in those houses and shebeens, and they shared his triumph. The coaches at the club can all reel off the names of talented players of the past who, they feel, did not get a fair opportunity with Western Province. Not surprisingly, they agree with the aggressive transformation policies pushed by CSA. “His success makes my job very easy now,” Ezra says.