In March 1995, the match programme for Scotland’s clash with Wales at Murrayfield contained an article by Bill Hogg, the secretary of the Scottish Rugby Union at the time, in which he argued that the sport “must remain amateur”, and that the union would do everything in its powers to retain that 120-year-old tradition. It was a noble effort, heartfelt and sincere. It was also spectacularly wrong. 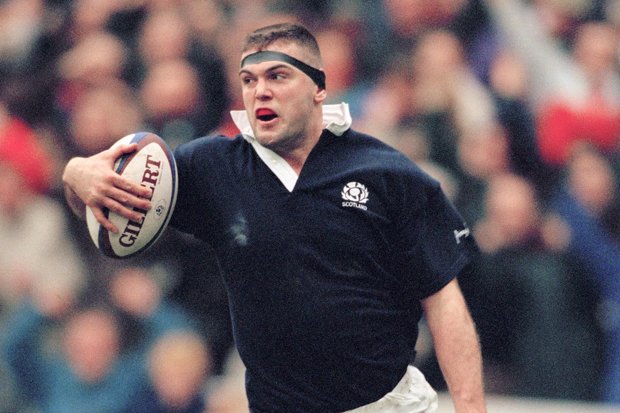 Within months, rugby was a professional game. That year’s World Cup in South Africa, the tournament that brought forth Jonah Lomu, who died last month, as a global superstar, blew the lid off the notion that rugby could continue in its quaint, Corinthian ways. As interest heightened, as television magnates queued up to buy rights, and as the demands on players continued to grow, there was no practical or moral case for carrying on as before.

Some would argue that Scottish rugby was trampled in the headlong rush towards pay for play. In reality, Scotland had taken a significant part in modernising the game. Along the way, rugby had also been thrust to the forefront of Scottish national consciousness. It had become, in the wonderful words of David Leslie, that almost psychotically courageous back-row forward, a “vehicle of national aspiration” for the country as a whole.

Until 1973, rugby in Scotland was a tightly circumscribed, parochial sport. Socially, its foundations were in the Borders, where it could genuinely claim to be a game of the people, and in the private schools of Glasgow and — especially — Edinburgh. In that year, however, Scottish rugby stole a march on its counterparts in England, Ireland and Wales with the creation of a system of national leagues. Suddenly, it became more serious.

Two years later, Wales, bristling with the luminous talents of JPR Williams, Gerald Davies and Gareth Edwards, came to Murrayfield with a grand slam in their sights. They failed, losing 12-10, but a crowd estimated at about 104,000, a world record attendance that has not been surpassed, spoke of a game that had moved to a different sphere.

At the same time, Scotland was falling out of love with football. Hooliganism, sectarianism and, more than anything, the ill-fated venture that was the calamitous World Cup campaign in Argentina in 1978, combined to sour the reputation of the beautiful game. Rugby, in many eyes, filled the void.

It arrived with a uniform — kilt, Scotland shirt, Caterpillar boots — and a song. The Flower of Scotland had been one of the theme tunes of the Lions tour to South Africa in 1974, popularised by Billy Steele, of Langholm, and the Corries’ classic soon became the anthem of Scottish rugby’s wider community. And it was never sung with more spine-tingling passion than on the afternoon of March 17, 1990, when Scotland beat England to secure a tumultuous grand slam.

Did that 13-7 victory express something beyond sport, something beyond Scottish rugby’s traditionally narrow confines? It has been argued that it was an act of political defiance — against Thatcher, the poll tax, a ruling Conservative party that had been reduced to a rump in Scotland — but players who were involved have denied that suggestion. Yet there was, unquestionably, a febrile atmosphere in the crowd that day and genuine rancour between the Scotland and England players. The Scots’ slow walk out on to the field became a cherished moment.

That victory was one of the greatest moments in Scottish sporting history. However, Scotland have struggled on the rugby pitch since, with a Six Nations Championship win ratio of 25 per cent, less than half the figure achieved in the ten years leading up to 1990. Even so, there is no doubt that the rugby that was played in the long run-up to 1990 was a game changer and a critical contribution to the making of the landscape of sport in Scotland today.