English Championship Predictions 2016/17: Who Goes Up and Who Goes Down?

The Championship is one of the country’s most unpredictable and exciting leagues, and this season has so far proved to be no exception. With surprise package Huddersfield an early pacesetter, among two of the division’s heavyweights in Newcastle and Norwich, we take a look at the relative merits of those teams currently competing at the top and bottom ends, and assess their chances for success and failure. 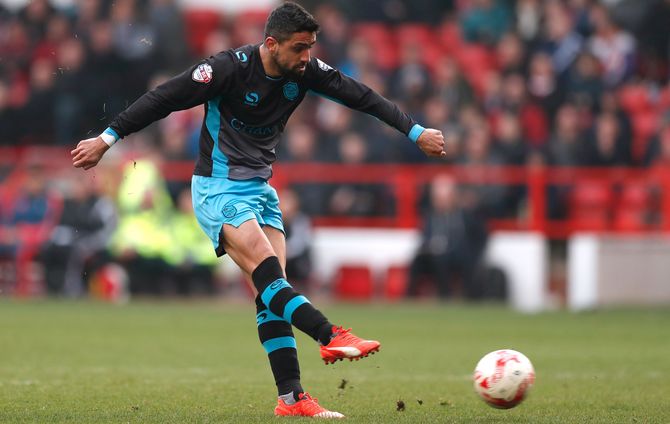 At the start of the 2016/2017 Championship season, few would have bet against Newcastle United to be in the mix when the Premier League comes knocking. Despite a rough patch over the last few years, the Tyneside club is still a major player in the football world, and that gives them a huge advantage in the Championship.

The Big Boys Are Showing Their Strength

After 14 games, Newcastle sit atop of the Championship thanks to 10 wins, one draw and three losses. Although a respectable record, three losses and a draw that early in the season would almost be the end of a team’s dreams of success in the Premier League – just ask Manchester United’s more realist fans. Fortunately, however, the Championship is a different beast, and Newcastle are currently setting a pace that few can contend with.

One of Newcastle’s biggest advantages is their goals for stat. With 30 goals in the bag in 14 games, that works out as an average of just over two goals per game. Thanks to the likes of Ayoze Perez, Matt Ritchie, Dwight Gayle and even defender Ciaran Clark, Newcastle have been unstoppable in front of goal. This sort of forward pressure has caused the most experienced teams to crumble.

Newcastle Have the Odds, but Don’t Discount Norwich

Indeed, possibly the defining result for Newcastle United when all is said and done will be the 4-3 win over Norwich. Another side with Premier League experience, Norwich looked to have the game all sewn up after Josh Murphy made it 3-1 after 69 minutes.

However, a rallying cry from United in the 95th and 96th minutes sealed an impressive 4-3 victory that could prove decisive for the men in white and black at the close of the season. With this in mind, those looking for some Championship betting value should be seriously looking at Newcastle’s odds right now.

1/2 at Sun Bets doesn’t leave much room for profit, but if you’re looking to lock up a win then this could be a banker. Of course, if you like to flirt with the odds a little more, then Norwich at 9/2 could be a great shout. Eight wins, three draws and three losses a piece has put the Canaries well among the early title contenders. Not only that, but with 26 goals in 14 games, City’s men have proven they’re just as deadly in front of goal as Newcastle.

Despite dropping three points at Newcastle, Norwich will certainly be hopeful of revenge when the Magpies visit Carrow Road later in the season. Depending on the outcome of the return match, we could see Norwich mount a serious challenge for the Championship title. But what if the obvious names don’t win the league?

A Slice of Hidden Value?

For those looking to shine a light on a dark horse, Huddersfield have undoubtedly proved themselves worthy of consideration this season. Nine wins in 14 games was the second best stat at the time, but with 12 goals against, there have certainly been questions about Huddersfield’s defence.

Although the likes of Michael Hefele, Chris Lowe and Christopher Schindler have got their names on the score sheet this season, they’ve not been quite as effective at stopping attacks. This defensive frailty has pushed the odds experts to set Huddersfield’s outright betting line at 25/1. However, if David Wagner can find a way to shore up his back line, the West Yorkshire club could certainly be a threat in the latter half of the season.

And of course you should never discount Brighton & Hove Albion who’ve been chasing promotion in three out of the past four seasons. The Seagulls currently sit second to a Newcastle team they’ll be keen to beat when the Magpies visit the Amex in a January fixture that’s almost certain to be moved for TV scheduling. With a best price of 5/1 on the experienced Chris Hughton winning another Championship title to add to the one he won with Newcastle, the Albion are definitely a team with the quality to be in the mix come the business end of the season.

OK, so we know which teams have a chance of making it out of the Championship in the right way, but what about those who could be exiting via the backdoor? In the betting stakes, Rotherham (1/10), Blackburn (evens) and Burton (3/1) are all languishing at the bottom of the pile, just as they are in the league. Of those three, Burton may be a little surprising given that they are currently 15th in the league, but if you’re looking for a banker then Rotherham are, unfortunately, highly likely to go down.

A lone win and 33 goals against is a very poor record and the only hope for the Millers seems to be Kenny Jackett. The new boss was unlucky to lose against Reading, but he’ll certainly need to make some changes if he wants to turn things around. Possibly the most significant changes could come on the sidelines. Discussing his current strategy, Jackett has said that he’s going to take his time deciding if he needs to bolster his coaching team with fresh blood.

Unfortunately, even if he does bring in some new talent, it could already be too little too late. After 14 games Rotherham were already five points adrift of Wigan and that could easily turn into an insurmountable deficit after the festive break.