Ever wondered how we got here? How supporters became consumers; how interested parties became stakeholders; how players became brands; how tickets to a Lord’s Test match cost more than £100; how every international cricket match is commoditised, sold and packaged, like meat out of a factory? How, in other words, the game became less a sport and more a global business? 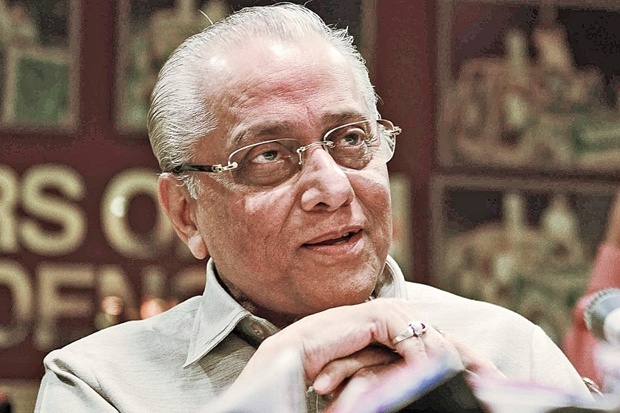 An old man died four days ago. It is no exaggeration to say that nobody came close to having the impact on all of the above than Jagmohan Dalmiya. Over a 20-year period between 1984 and 2004, this son of a wealthy Indian business family helped to transform an impoverished game, ruled by a colonial elite at Lord’s, into a multibillion-dollar business ruled nominally out of Dubai, where the ICC operates, but in reality from Mumbai, the home of the Board of Control for Cricket in India (BCCI).

When Dalmiya died, aged 75, Lalit Modi, another Indian businessman turned cricket administrator who saw the gold in cricket’s hills, tweeted that Dalmiya was “a very worthy opponent”. The word “opponent” tells you most of what you need to know about modern sports administration where those involved see themselves not as servants of a sport, but players in a geopolitical and financial power game, where the aim is to win at all costs no matter the consequences, and drive the price of the game ever higher.

The end game of this transformation was the hijacking of the ICC last year by India, England and Australia, who returned it to a cabal-like state and put an end to an ideal that the governance of a sport should be high-minded, independent and for the benefit of all. Dalmiya’s days of influence were largely done by the time this transformation was complete, but he helped to set in train the most profound shift in cricket’s political and economic direction since Kerry Packer bought out the game’s leading players in the late 1970s.

Dalmiya was the mastermind behind two key developments: first, the shift of cricket’s centre of influence to the east, made possible initially by the movement of the 1987 and 1996 World Cups to the sub-continent and the monetising of the latter; and second, the destruction of the monopoly enjoyed by the Indian state broadcaster, Doordarshan, and its replacement by free-market competition among a host of nascent satellite television companies who recognised cricket’s importance to the emerging Indian middle-class market and who were prepared to pay top dollar for it.

The first three World Cups had been staged in England, the finals held at Lord’s, the spiritual home of the game. Sponsorship and ticket sales for the third of them, won by India in 1983, had raised barely a six-figure sum. As Gideon Haigh noted in Sphere of Influence, India’s winning team dined out at a Wimpy bar in Piccadilly after their triumph, not spending the win bonuses they did not receive.

A year later, Dalmiya, then secretary of the Cricket Association of Bengal (CAB) and treasurer of the BCCI, recognised the potential of India’s triumph and of one-day cricket, which had hitherto been frowned upon in a market still taken with the traditions of Test cricket, and masterminded a joint bid for the next World Cup with Pakistan and Sri Lanka. The final was to be held, where else, but in Dalmiya’s home town of Calcutta. The shift east had begun.

It was the next competition but one, though, in 1996, that transformed the economics of the game. Dalmiya, now secretary of the BCCI, was instrumental in winning a protracted boardroom battle at the ICC to procure the tournament for the sub-continent for a second time and then helped to sell the television rights to WorldTel for $10 million (now about £6.5 million). The ambush marketing campaign battle between Pepsi and Coca-Cola signalled that cricket’s time had come.

What had changed in between the 1987 and the 1996 tournaments was the dismantling of Doordarshan’s monopoly over the broadcasting of cricket in India, another key plank in Dalmiya’s vision for the future wealth of the game. Until 1993, the BCCI actually had to pay Doordarshan for the production costs for televising cricket. They received nothing. Before England’s tour to India in 1992-93, Dalmiya helped to sell the television rights to TWI for the first time and Doordarshan paid TWI $1 million for the right to broadcast, so procuring the BCCI a windfall of $600,000. From small acorns and all that.

When Dalmiya tried the same trick for the Hero Cup in November 1993, Doordarshan baulked and refused to allow any foreign broadcaster the right to televise cricket on Indian soil. Dalmiya and the CAB took Doordarshan to court and won a landmark ruling from the Supreme Court of India in 1995 that effectively declared the airwaves open for business.

As Nalin Mehta states in Television in India: Satellite, politics and cultural change: “that judgment, arising out of a cricket dispute, gave legal basis to the satellite revolution that was engulfing India.” The marriage of cricket and satellite television in the sub-continent advanced, never to retreat.

After the 1996 World Cup, Dalmiya engineered himself the presidency of the ICC, so establishing the trend that businessmen and not former cricketers would become the game’s most important administrators. Before Dalmiya, the ICC had been run by former greats, in Colin Cowdrey and Clyde Walcott, but the days of former cricketers leading the way were over. Between Dalmiya and Zaheer Abbas, the former Pakistan batsman who is now the president (albeit without much power), not one former international cricketer headed the ICC.

As president, Dalmiya transformed the ICC’s finances. The inaugural Champions Trophy was held in Dhaka in 1998, bringing in $20 million, and the World Sports Group bought the rights to the next two World Cups for an astonishing (at the time) $550 million. Recently, ICC events between 2015-23 were sold for an estimated $2 billion.

In a little over three decades, cricket’s market value has soared from a six-figure to a multibillion dollar sum.

Dalmiya, through his involvement with the BCCI and ICC, did more than anyone else to make this transformation happen. Whether that has been good or bad for the game, in itself mirroring broader questions of the free market against a regulated market, is one of the most profound questions of the age.

No Cheering in the Press Box was a book about the so-called golden age of American sportswriting. By and large, it is a dictum to which we sportswriters ascribe, sitting dutifully dispassionate, ice in our veins, while all manner of unbelievable events occur.

Only on occasion does the press box get excitable and partisan. Usually these instances do not involve cricket. Two such in recent memory occurred while I was at Lord’s: the first time when old Tom Watson almost pulled off a miraculous sixth Open win at Turnberry six years ago, and then again on Saturday, when Japan beat South Africa in the Rugby World Cup.

In the back room of the media centre, shortly after Gloucestershire’s own giant-killing act against Surrey, journalists shouted and punched the air with glee when the Springboks went down. After all, there is nothing like watching South Africa get beat.

When this uncharitable notion had passed, it was not difficult to reflect on the relative states of the rugby union and cricket World Cups and the point of the whole damn exercise, which is surely to inspire and proselytise. As rugby grows, cricket shrinks — from 16 teams in the 2007 World Cup to a likely ten in 2019.

The result on Saturday was a “game-changer” for rugby in Japan, Eddie Jones, the Japan head coach, said. Of course, had it been cricket, Japan’s world ranking at No 13 would have ensured that they did not qualify. Nothing highlighted more glaringly the myopia of cricket’s present stance.