He is football’s most famous ambassador, an international superstar who has devoted his life to the sport — but David Beckham has admitted that he would rather watch rugby. 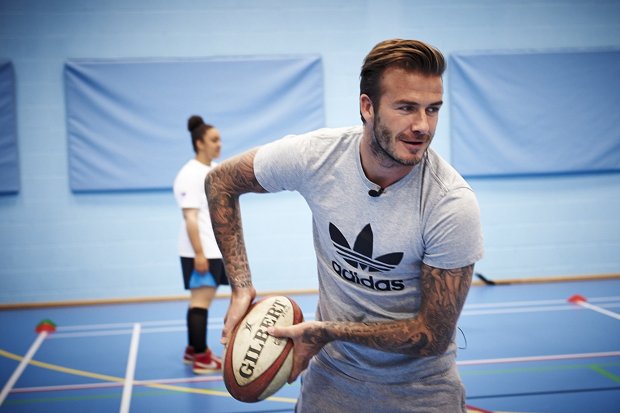 The former England captain said that he loves rugby, and enjoyed watching the World Cup in England this year more than he ever enjoyed being a football spectator.

In contrast, he said that the scandal over corruption in Fifa, international football’s governing body, was a mess that will take a long time to sort out. The way football had been treated was disgusting, he said.

However, it was not the corruption that is behind his preference for rugby as a spectator sport, but the behaviour of the fans.

Beckham, 40, told Radio Times: “I love rugby — I love watching it and I love the whole thing. I have enjoyed going to Twickenham more than I have enjoyed watching football.”

In contrast to football, rugby matches were an example of “people sitting together with no nastiness”.

As a child, he said that it was never nice to go to watch Tottenham Hotspur play Manchester United — because “you felt uneasy”.

Despite his own feelings, football still occupied a special place in people’s hearts, he said. “Football is so powerful,” he said, “because it matters so much to people.”

“There’s something about the enthusiasm for the game in a rugby crowd that beats football, where the spectators can soon turn against a team if things are going wrong. There are wonderful crowds at Liverpool and Manchester, of course, but rugby crowds are special.”

Beckham was also asked if Fifa was turning a corner over the corruption allegations. He said: “No – they are just hitting the bend. There’s a lot still to be done. It’s such a mess that it’s going to take a while to sort out. For me to see the game, the way it’s been treated and looked after, is devastating. It’s disgusting.”

He fell short of demanding that the decision to stage the World Cup in Russia in 2018 and Qatar in 2022 should be re-examined.

“Whether it’s corrupt or not, those countries have been chosen,” he said. “People need to get behind that. It’s all about bringing football to new countries. I think they should stick with it.”

He said that he would be happy to go to Qatar in 2022. “They’ll make it work. They will make a World Cup work in that part of the world.”

Whatever the state of Beckham’s love of football, it seems that his sons Brooklyn, 16, and Romeo, 13, are not taking football as a potential career any further. Until recently Brooklyn was a prospect at Arsenal’s youth academy, but he has not been offered a scholarship to remain there this season. “Photography is his passion,” said his father.

His younger brother’s footballing days are also over. “The other day Romeo turned round to me and said he didn’t want to play football any more,” said Beckham. “Part of me was devastated but part of me was relieved, too . . . He’s got other passions and I like that.”

Beckham was speaking after a charity world football tour in which he has played seven games on seven continents. The tour, on behalf of Unicef, the UN children’s charity of which he is an ambassador, is aimed at helping the world’s most vulnerable children. It has been filmed for a BBC documentary.

The full interview is in the Christmas issue of Radio Times.