Daniel Köllerer — once regarded as the most unpopular player on the ATP World Tour — has emerged as one of the main sources for the controversial match-fixing allegations sweeping tennis. 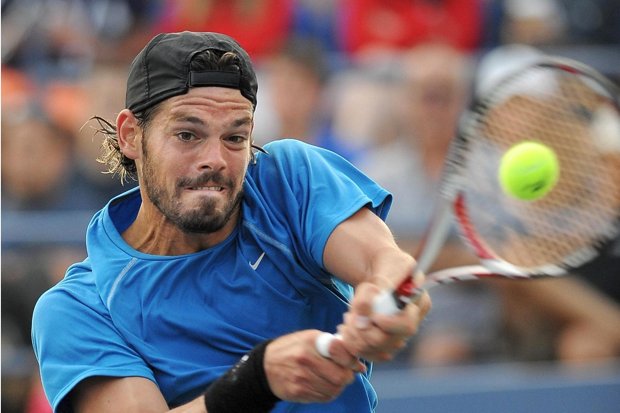 As the leaders of the tennis world take stock of the serious accusations directed at the sport by BuzzFeed and the BBC, they are taking stock of some of the people who offered information to help compile the report. The infamous name at the top of the list is Köllerer.

Now aged 32, the Austrian was banned from tennis for life due to charges of match-fixing which were investigated and prosecuted by the Tennis Integrity Unit in 2011. His ban was later upheld after an appeal to the Court of Arbitation for Sport.

Nicknamed “Crazy Dani”, he once called a Brazilian opponent a “monkey” and told him to return to the jungle. He also spat in his hand before offering another opponent a handshake, causing a locker room fight, and provoked his Austrian countryman Stefan Koubek so much on court that he was grabbed by the throat. “All the players hate him,” insisted Koubek.

Prior to his lifetime ban, Köllerer’s persistent bad behaviour on court resulted in him being suspended for six months by the ATP World Tour. Yet BuzzFeed News and the BBC sought him out to help compile their “Fixing Files”.

Köllerer told BuzzFeed that match-fixing was a widespread problem and claimed he knew of other players who were implicated. “They were losing matches on purpose,” maintained the Austrian. “Sometimes they were talking in the next locker. There were so many guys and of course, it’s, like, big money in the game. For one stupid match, just losing.”

The Tennis Integrity Unit (TIU) was formed in the wake of the investigation into the notorious Nikolay Davydenko against Martin Vassallo Arguello match in Sopot, Poland in 2007. Ben Gunn, a former high ranking British police officer who set up the British Horseracing Authority’s integrity unit, was involved with setting up the new unit.

Paul Scotney, the horseracing authority’s integrity director was also involved but neither were hired when the TIU started its operations under Jeff Rees, another former top policeman who had previously set up the International Cricket Council’s anti-corruption department. Both Gunn and Scotney assisted with the new investigation.

The TIU, which is funded by the International Tennis Federation, the ATP World Tour, the WTA and the Grand Slam Committee, currently has a staff of five who constantly travel the world investigating the sport. Nigel Willerton, a former Flying Squad officer from the Metropolitan Police, took over at Rees’ retirement in December, 2012.

While the jury is still out on whether match-fixing happens at the top of the game, where players’ earnings are in the millions, few people are denying that there is a problem in more low-profile tournaments.

Prize money at Futures and Challenger tournaments — some way down the tennis pyramid — is a mere fraction of the hundreds of thousands on offer at top-tier events.

One player told The Times yesterday that he received just $1,620 (about £1,140) for winning the singles and coming second in the doubles at a Futures tournament last year, leaving him little money once he had paid for flights, hotel accommodation and food. Many players do not travel with a coach because they cannot afford to.

That contrasts with being offered thousands of pounds to lose a set — a temptation that some players cannot resist.