As the dust settles after the departure of Billy Walsh, Irish boxing prepares to return to a prosaic reality. The somewhat hysterical reaction to his resignation as head coach of the High Performance Unit has gradually been tempered and the focus now switches to the future repercussions of the 52-year-old’s move to USA Boxing on both sides of the Atlantic. 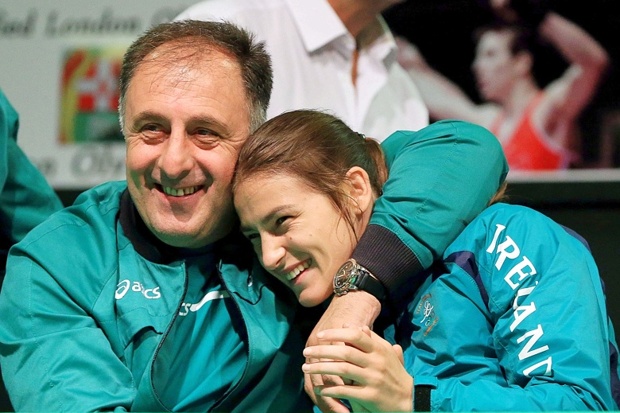 Photographs of Walsh at ringside in Memphis this week for the US women’s Olympic trials demonstrated that reality for all to see as the former milkman and Wolfe Tone Villas native assessed the talent on show.

While Walsh is expected to return to Ireland before making a longterm move to the Colorado Springs base of USA Boxing in mid-November, he would have welcomed the recent news that the women’s World Championships in Astana, Kazakhstan – where Katie Taylor will be seeking her sixth consecutive title – has been moved from January to May.

With the event acting as a qualifier for the Rio Oympics, the revised date will give Walsh more time to get to know his new squad. Meanwhile, the change also means that American female fighters’ first shot at qualification for Rio will come at a continental qualifier in Buenos Aires in March, easing the pressure on Walsh somewhat as that competition will be less intense.

Should the Wexford coach be able to help his boxers book some early Olympic spots, it would mean there will be less expectation on the team ahead of the World Championships and any possible US showdowns with Taylor and/or her Irish team-mates in Astana.

For European female boxers such as the Olympic champion Taylor, that calendar change makes for a busy few months in the new year. A European Olympic qualifier is scheduled for Istanbul from April 20 to May 1, with the World event now set to take place in Astana from May 19-27.

The Irish Amateur Boxing Association’s (IABA) board of directors will meet on Wednesday at the National Stadium to outline a longterm plan and timeframe to decide on a permanent replacement for Walsh, with the association keen on advertising the vacancy internationally, as it has not yet been decided if Antia will remain as head coach in the build-up to Rio, and that call may have a big impact down the line.

With the Games only nine months away, and only three Irish qualifiers (Michael Conlan, Paddy Barnes and Joe Ward) so far, time is of the essence and male boxers face an even more convoluted qualification system than their female counterparts.

Antia has already expressed his desire to fill the post of head coach on a full-time basis and while Fergal Carruth, the chief executive of IABA, has expressed his “full support” of the Georgian coach in his interim role, the association would be wise to solidify Antia’s full-time position further than the remit of his previous job as technical coach.

The 52-year-old, a former Master of Boxing in the Soviet Union, is highly rated worldwide and, like Walsh, has previously been approached by a number of countries.

For all of the rancour provoked on a national level by Walsh’s resignation, it is quite arguable that if Antia was to leave, his departure would lead to irreparable damage in Irish boxing circles. A number of senior fighters, including Barnes and Taylor, have deemed the Georgian to be “irreplaceable” such has been his contribution to the rise of the nation as a global boxing power in recent years.

At last Wednesday’s Joint Committee on Transport and Communications meeting, which acted as something of a post-mortem into the Walsh saga, the subject of a High Performance director was continually raised and the IABA board are also likely to discuss the role at next week’s gathering.

It has been a contentious issue since the departure of the High Performance Unit’s founder, Gary Keegan, in 2008 and one that sowed the seeds for Walsh’s eventual resignation.

The IABA’s attempt to appoint Dominic O’Rourke, their preisdent at the time, to the role in 2010 led to rows with both Walsh and the Irish Sports Council (now Sport Ireland) and the latter body are sure to emphasise the need to finally sort the position if wounded relations are to be healed.

The IABA and Sport Ireland are set to meet with Michael Ring, the minister of sport, next Wednesday. As Ring attempts to ease tensions further, it is likely that finding a suitable candidate for the position of High Performance director, who can dovetail with Antia, will be a key point of discussion.

The National Elite Championships (male and female) get under way next month, with the domestic tournament acting as a launchpad for Olympic aspirations.

Attention will, finally, return to matters in the ring , but the calls made in the IABA offices on Dublin’s South Circular Road next Wednesday evening may yet have huge consequences for the ambitions of Irish boxing in the post-Walsh era.