Are we mourning the death of Irish rugby?

Early last year, a reminder emerged from the dust of a home-video collection and found its way onto YouTube. From 1993, it shows celebrations as Young Munster captured the All Ireland, with floods of people washing across Limerick to greet an open-top bus. Little wonder as figures show that 10,000 were in Dooradoyle for Garryowen-Cork Con two year earlier; a year earlier 18,000 entered Thomond Park to see Shannon-Garryowen; while that year 20,000 witnessed the would-be champions play St Mary’s. 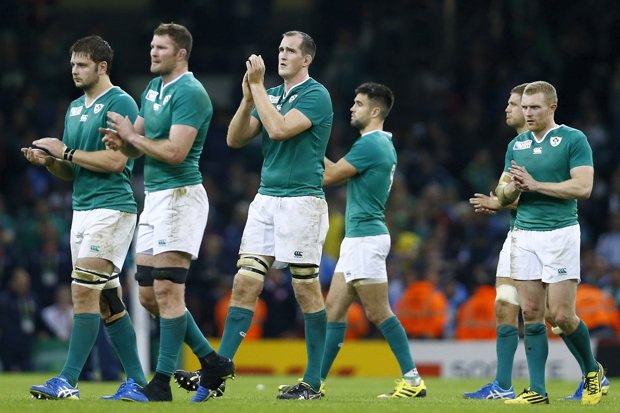 For historical and economic reasons, successful sport here has always been deeply intertwined with the local, and this was rugby’s fine effort. With top-tier schools beyond the wallets of almost all, it was also rugby’s most important area for a couple of reasons. First and foremost it allowed the sport to become truly ingrained in communities and their psyches, while secondly it offered a clear pathway for the most talented who weren’t the most well off.

Nobody would chalk that 1992-93 season down as halcyon – the national team only bettered previous Five Nations performances because they’d chalked up a total of three wins during the preceding five campaigns; Australia put up 42 points in the sole autumnal test; while only Mick Galwey and Nick Popplewell were named in the initial Lions touring party that summer. But in an age where we so recently pretended that rugby was the new black and that a World Cup final was a real possibility, it arguably points to why rugby has gone from a straight sprint into a heart attack in a mere six months.

Amateur or professional, sport must follow a pyramid structure. Anything at the high end must be built on a much wider support base at the bottom. Invert that and it will topple and that’s the position Irish rugby now finds itself in. The game here is in trouble because of how top-heavy it is with all interest and income based on the glitz of the most marketed days. It’s not so much that rugby is dead, it’s more like the beefed up gym monkey that you see on steroids. He looks great and makes a serious impression, but stick him on the treadmill for five minutes and his desperate panting gives in to the depressing truth.

Before the recent World Cup, Pádraig Power, the IRFU commercial director, said it was “going to give the game here a really good platform”. The sense of this being the nation’s new pastime was growing and when The Irish Times brought together a panel of 10 experts, five predicted a semi-final for Ireland while four thought a final awaited. Then the team failed and worse was to follow. After years of Celtic Tiger trips to the south of France for rugby, champagne and wins, the provinces can no longer compete in a market of new money. That bubble burst too, to the extent that it’s all reminiscent of Fidel Castro in The Simpsons telling his comrades: “I know, I know, but we all knew from day one this mumbo-jumbo wouldn’t fly.”

As everyone else flirted shamelessly with the World Cup, in September the website knockon.ie looked at a bigger issue: as for all that bank balances have bulged, it’s been to the advantage of the glamorous side of the sport, not the more important side. According to their data, between 2009-10 and 2014-15, while the IRFU saw a 20 per cent increase in income, there was a 20 per cent decrease in spending on the domestic game, youth and schools received 33 per cent less, club support was cut by 34 per cent while community spending dropped by 46 per cent. At the same time elite player development spending increased by 93 per cent, professional game support went up by 11 per cent, and marketing of those professional sides went up by 24 per cent.

The IRFU made their priorities very clear.

With the collapse of Munster of late, analysis regularly points to the problem of their link with the clubs and a shift in that landscape. But again it’s an area that only mentions what should be the building blocks of the sport because the discussion is in relation to a professional strand. Yet the club issue goes way beyond Munster performances, for it shows how the IRFU have missed a massive opportunity.

Rugby was presented with an opening beyond merely cashing in on the big days out and failed to take it. An article in The Irish Timesrecently investigated the important work done by a new club in the Liberties in Dublin but how many others have sprung up in non-traditional areas in what is said to have been a golden era for rugby? As of now there are still only about 220 clubs, after the elite element of the game thrived for so long, suggesting that rugby was neglected at grassroots.

Earlier in the week a call from a website came, asking to discuss the fact that the three most watched sporting events in Ireland this year were rugby. But rather than highlight its strength, it highlighted the fickle nature. The World Cup was an event: not a passion, hype nor heartbreak; lust not love. It’s why in 2013 and 2014 that only two rugby matches made the top ten and why in 2012 only Ireland-Wales made the top ten. But the impression a sport makes isn’t on a screen but all around you.

Despite Six Nations and Heineken Cups — and star players being media darlings — 2013 research showed where rugby stands in our sporting spectrum. Among people over 16, only 2.3 per cent said they had attended a rugby match in the previous week; yet three times more were at a gaelic football game, two and a half times as many had been at football while even hurling came in at 2.9 per cent. In terms of membership, while 21 per cent are in a GAA club and golf claims nine per cent, rugby lies at around 3.5 per cent, similar to swimming and athletics.

There’s still a few plasters in the packet for a grotesque and gaping wound though. Next up we’ll be sold the Six Nations as a redemption story, but spend your time failing to adequately address grassroots problems and you’ll never be able to fix them. Sadly it’s that which rugby has done best of all.