If you love sport like I do then you and I are going to get on famously. I’m Ryan Robinson, sports fanatic and almost-expert on lots of sporting hobbies. I’m 28 years old and live in Southport, right on the coast, overlooking the Irish Sea. I still live at home with my parents in a tidy house not far from the sea off Lulworth Road. Absolutely luvverly in the summer time here I can tell you. I work as a financial adviser in a local bank, and that is another reason I love my sport. It’s all numbers. 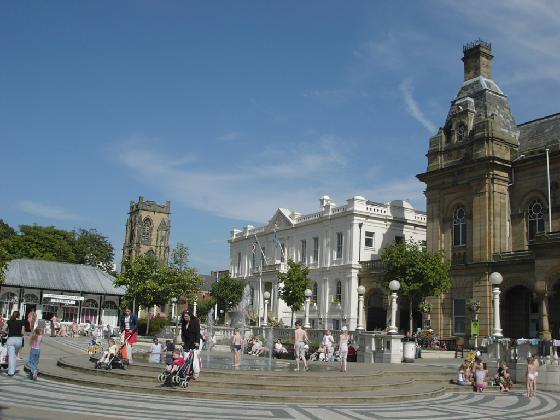 My football team is Southport, naturally.They play in the National League, and they are having an average year. They won’t finish on top, but that’s okay. I still follow them with a passion. We recently had the World Rugby Championships in the UK, and I was fortunate enough to get to the one game when England played New Zealand. Whew, those Kiwis are a tough team.

We have Wimbledon here in London in July, and I try to get to one of the lesser games as Centre Court is even a little expensive for me. You can sit on the public lawns outside and eat strawberries and cream and watch the big screen too. I did that last year with my then girlfriend, Jessica. Haven’t got a partner right now. Maybe because I am crazy about sport and want to watch every sporting show on TV rather than go clubbing or out to dinner. Is there anything better than standing in an English pub with your mates watching sport on the big screen? Haven’t found a better substitute.

American basketball, F1 racing, horse racing, Australian and American Football, Rugby, Cricket, Baseball, Athletics, the Olympic Games, winter and summer, netball, lawn bowls and swimming are a few of the sports in which I am interested. I write a couple of articles for the bank in which I work as part of a tipping competition I run there. The tipping comps are for English Football, Premier League and the National League and when they play Test Cricket in the UK, I write about that and we have a few in-house bets. It adds interest to a game when you have a bit of money riding on the result.

I played a bit of sport when I was at school but finishing my education and landing a plummy job became a higher priority. Being a layabout sports fanatic is not quite as good as being a cashed up sports lover who can afford to go to a game occasionally and travel overseas on a holiday every couple of years. True? I hope you can join me here on my blog and we can go on endlessly about whatever game you want to talk about. I’m up for it!